One Fifth of Bitcoin is Permanently Lost, Real Supply of BTC is Very Low

Stories of lost Bitcoins, abandoned in old laptops, being dug out when cryptocurrency began to surge only to prove inaccessible have become part of crypto folklore. People obsessing over PIN numbers and passwords standing in the way of a new car, a luxury holiday or their kids university funds are common.

One-Fifth of Bitcoin is Lost

According to an article in the The Wall Street Journal 20% of all the Bitcoin in circulation is actually lost, existing in limbo, either forgotten about or inaccessible to its owner. Bitcoin is stored in a digital wallet which can only be accessed with the owner’s personal identification number. Unlike the PIN from a bank issued ATM card, a digital wallet PIN address is much longer and considered to be virtually unhackable.

As cases of Bitcoin loss have risen and been widely reported on they have given birth to a new kind of hunter. Individuals and small firms have emerged to try and help those who have thrown away their personal fortunes, for a fee of course.

One such company called Wallet Recovery Services employees four people, who remain anonymous to maintain the companies discretion, to use whatever information the owner can put together in order to employ a brute force decryption on Bitcoin wallets. The company charges 20% of any coins it recovers, but the process is slow and so far only around 30% successful.

Another option is New York-based We Recover Data. The company began as a resource to help corporations recover lost or damaged data and uses those same techniques to help those who have lost their cryptocurrency. They charge a variable rate depending on the amount of damage or complexity of the security system, but boast a 95% (overall) success rate.

In the same vein is Chainanylsis which works specifically with the FBI on crypto related crimes. They do not offer their services to individuals and when the WSJ contacted them for an estimate they were told: “more than you can afford.” Working with the FBI they use powerful software which checks throughout the blockchain to locate where thefts have taken place. Software which could be used to recover lost Bitcoin.

Going low tech Jason Miller of South Carolina has tuned his skills as a hypnotist to manipulating his client’s memories in order to reveal the repressed information knocking around in their sub-conscious.

“Everybody has a photographic memory. With skilled hypnotic regression, you can access that photograph.” Miller says about his services, that have so far had a 50% success rate, he charges .5 Bitcoin up front and 5% fee of whatever is recovered.

Of course, all of this pain and suffering can be easily avoided by jotting down relevant passwords and PIN numbers on paper, which are then put in a safe place as many exchanges and wallet makers recommend. 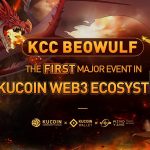